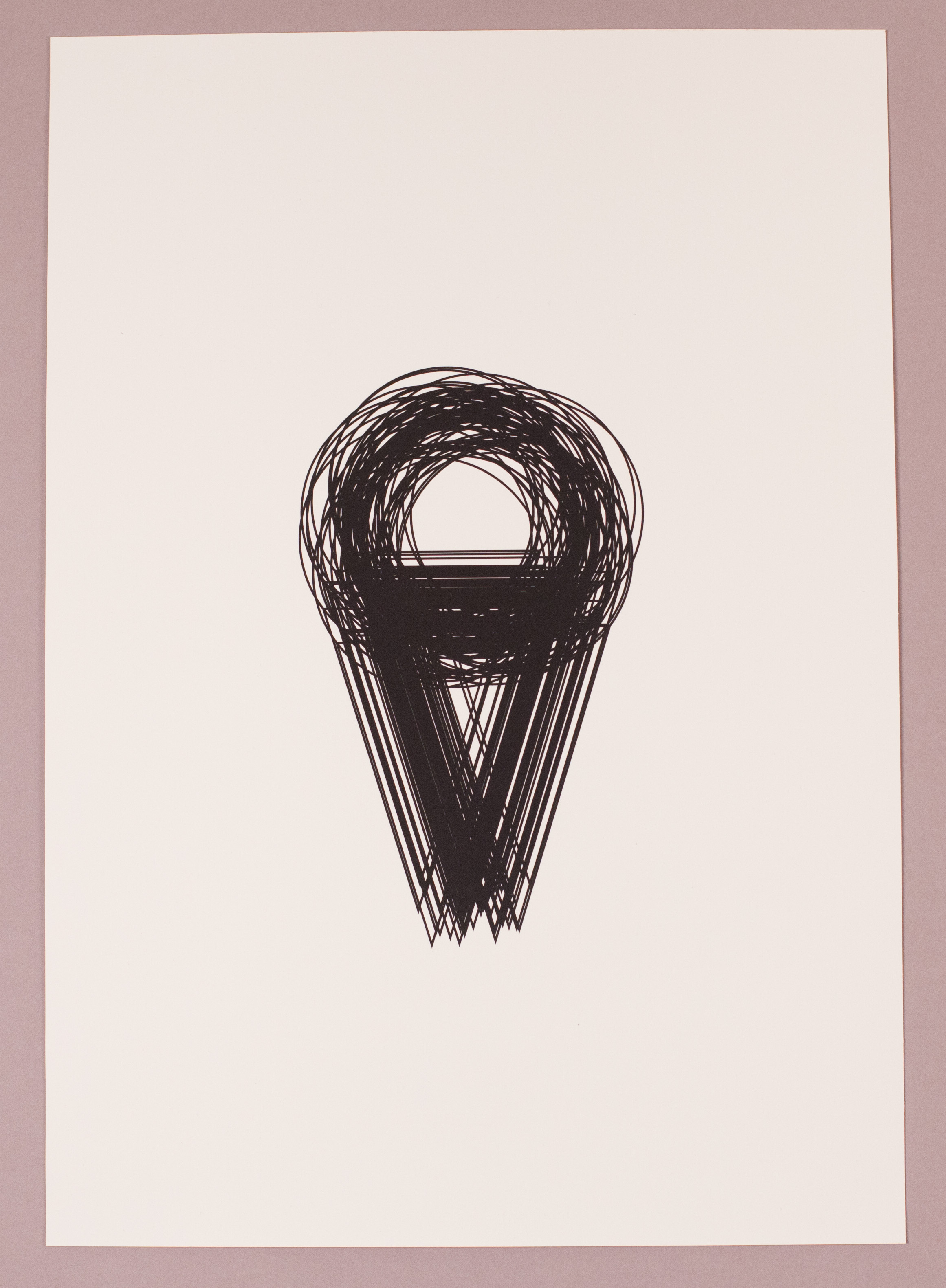 Printing Code, a 14-week course at ITP, used computational techniques to produce physical prints. For this course, I generated show flyers, logos, and album covers using Processing and openFrameWorks to build each design.

The above design was the first assignment - make an ice cream cone using only the ellipse(), rect(), and triangle() functions in processing. Only use black (0) and white (255) 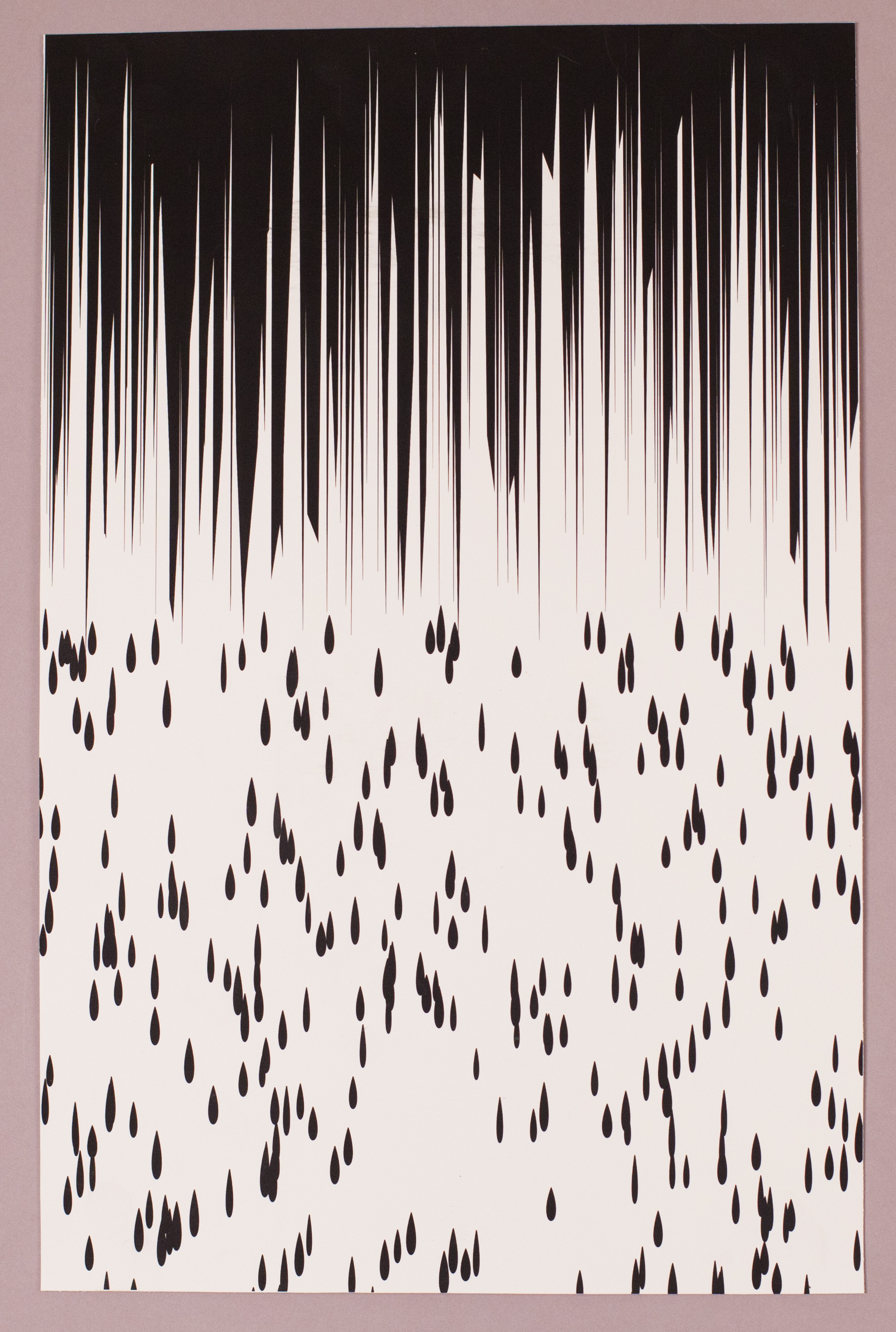 Sharp and Wet on Github 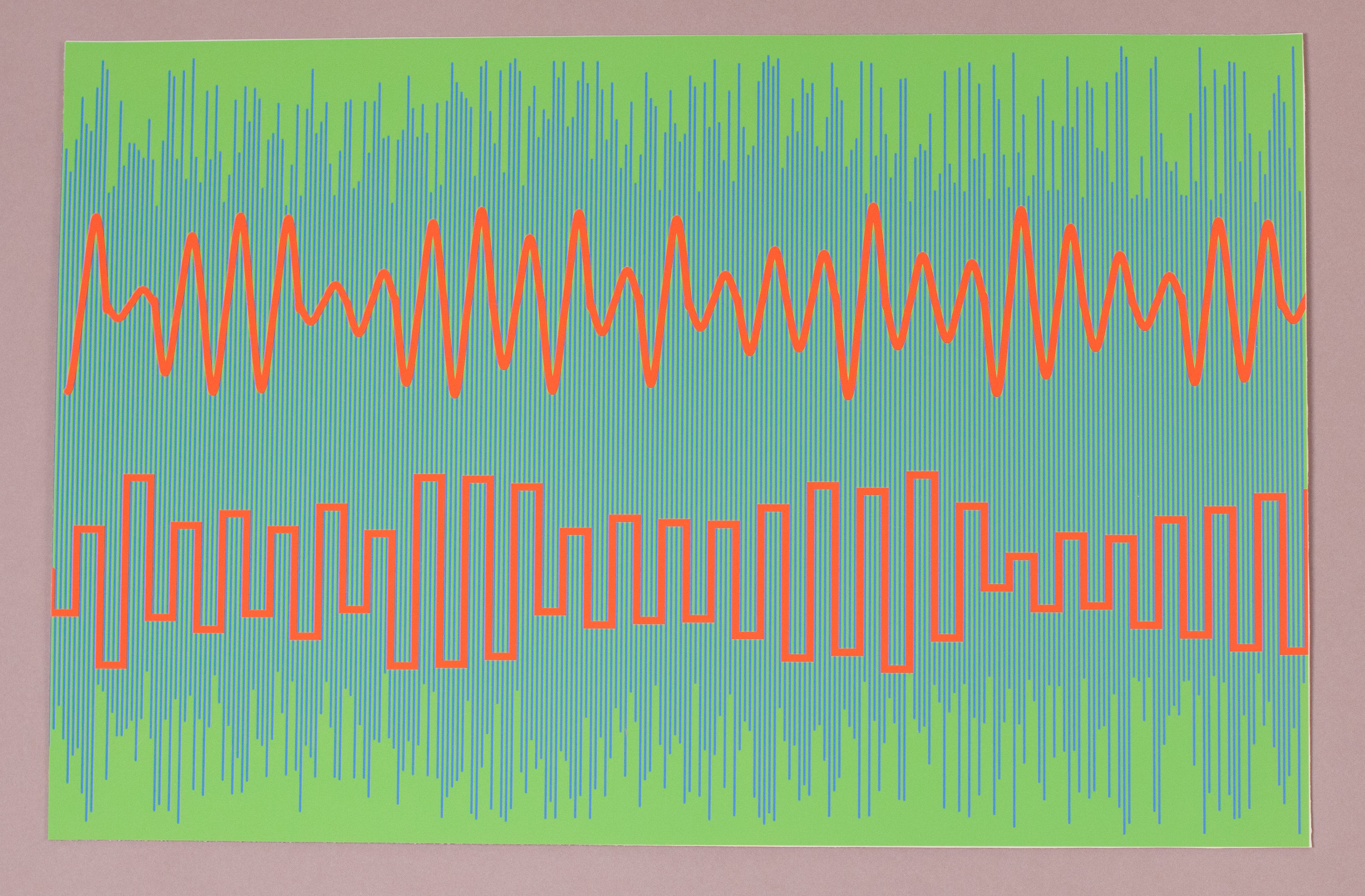 The object of this assignment was to create an abstract representation of your personality using a specific HSB color scheme. 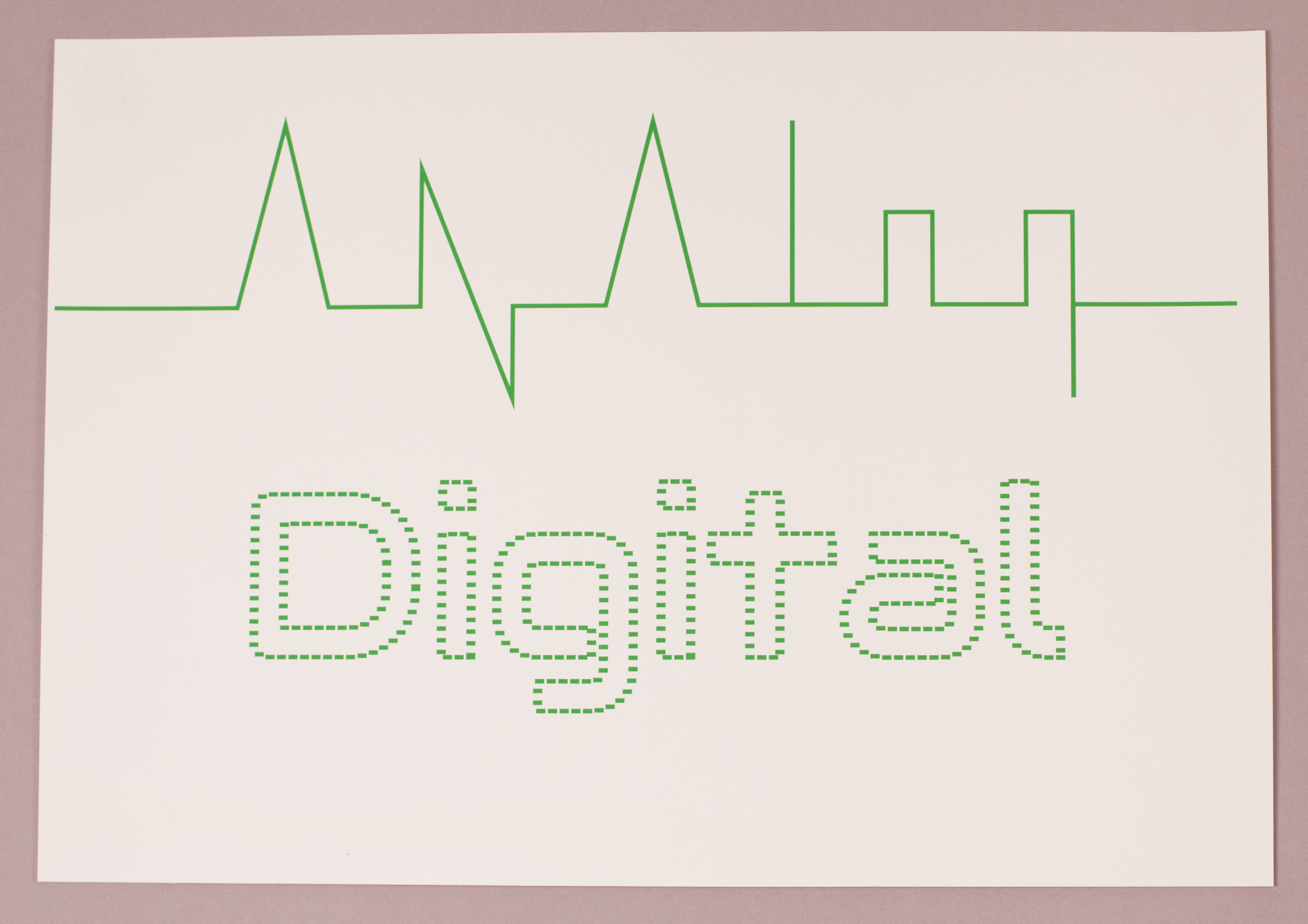 For this assignment, we were to design a word by either generating a typeface or modifying an existing font. The word "Analog" here was built using vertex() points. The word "Digital" was generated using the RFont library in Processing. 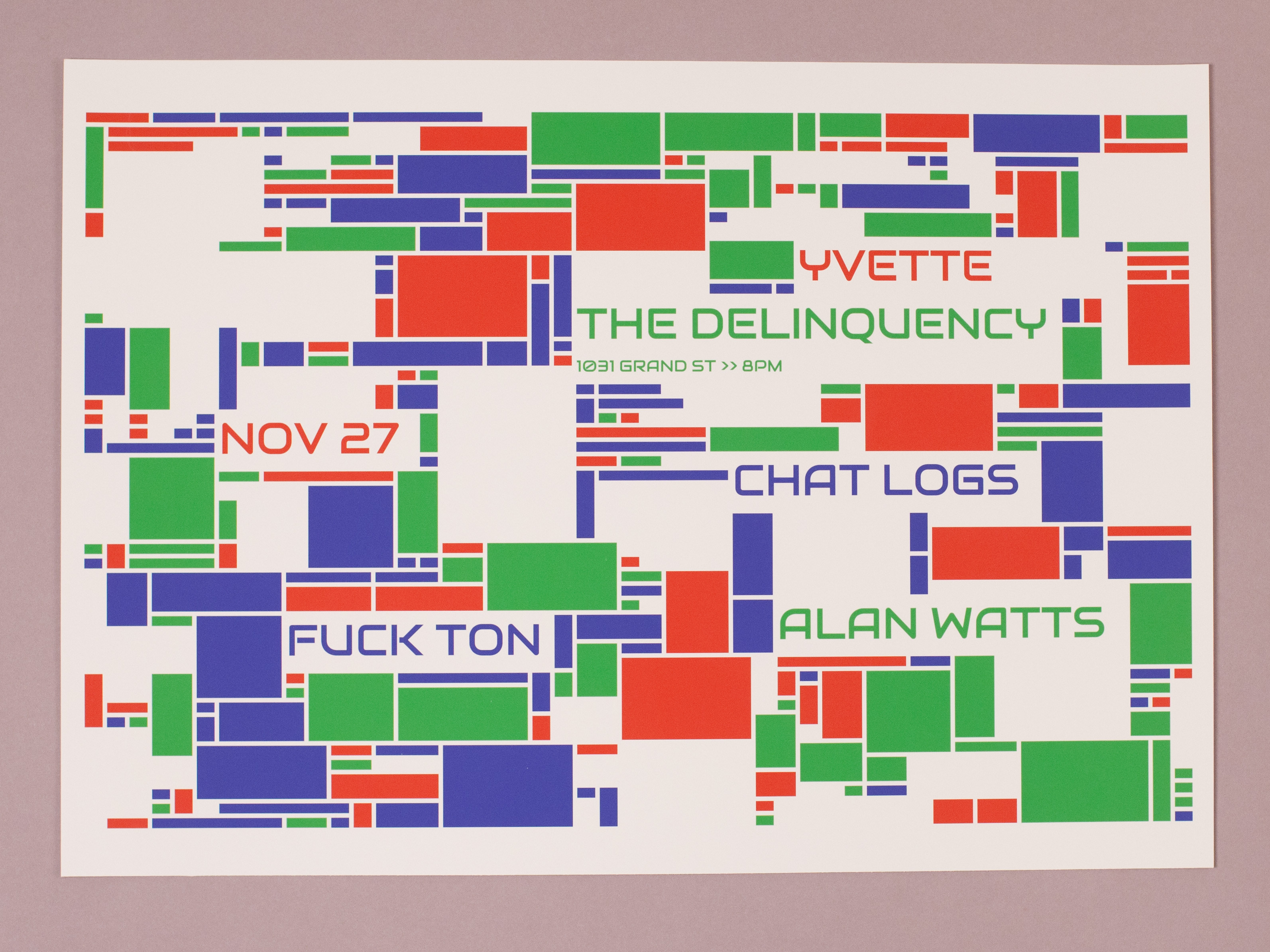 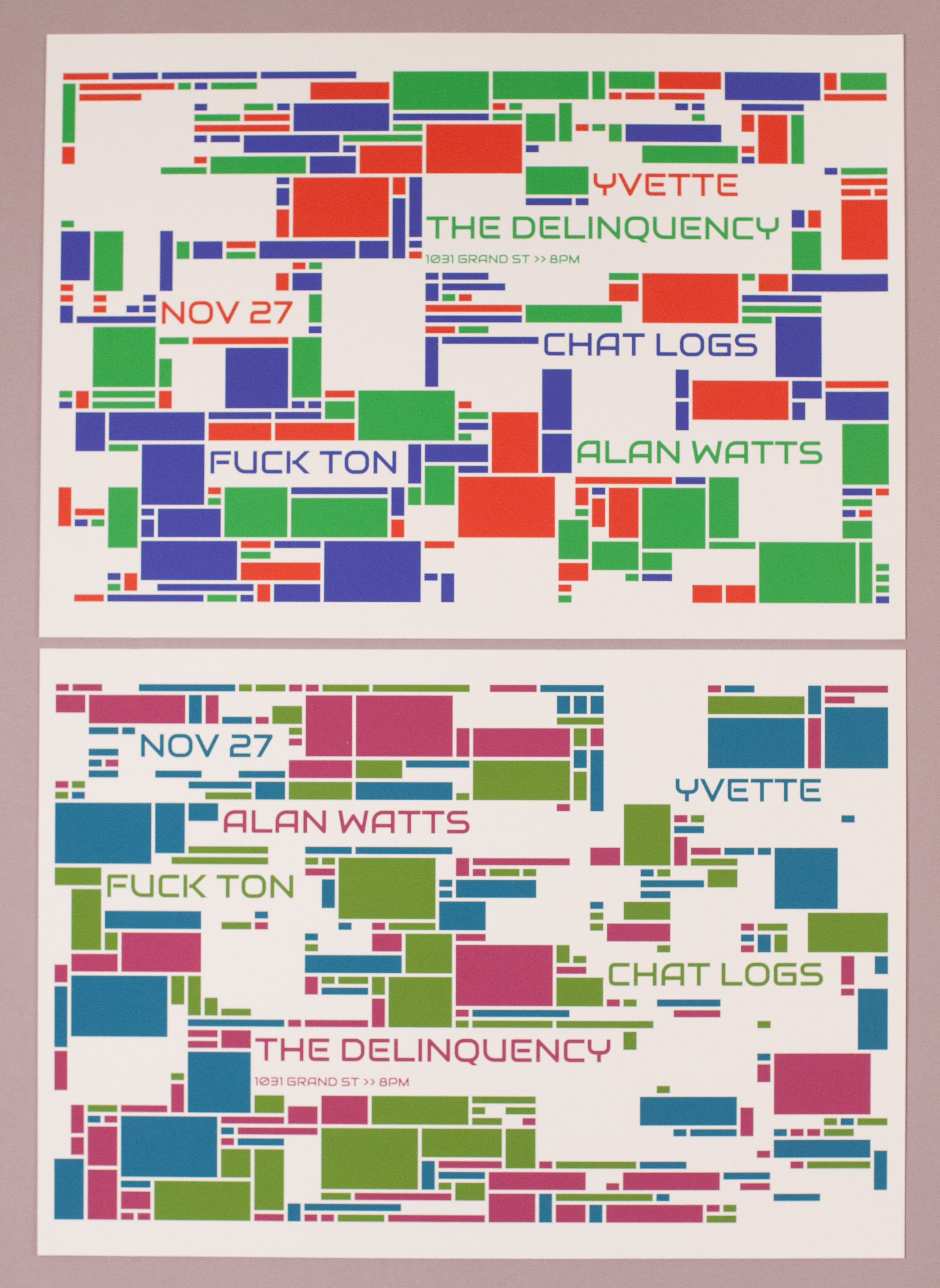 Using a grid system, I generated a flyer for a show at a music venue. The colors and placements of the items in the grid are random, so every time the code runs, it generates a new flyer. 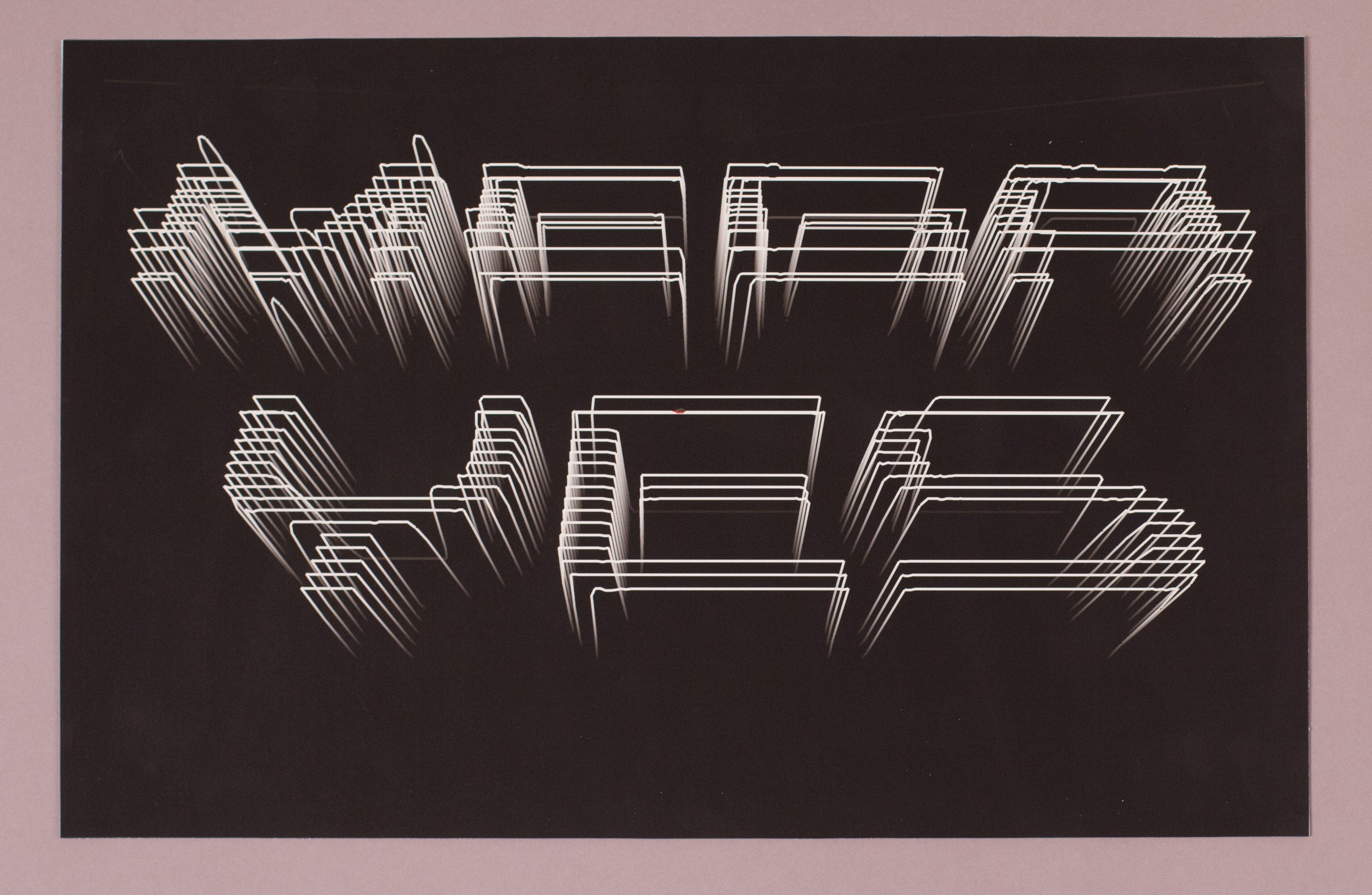 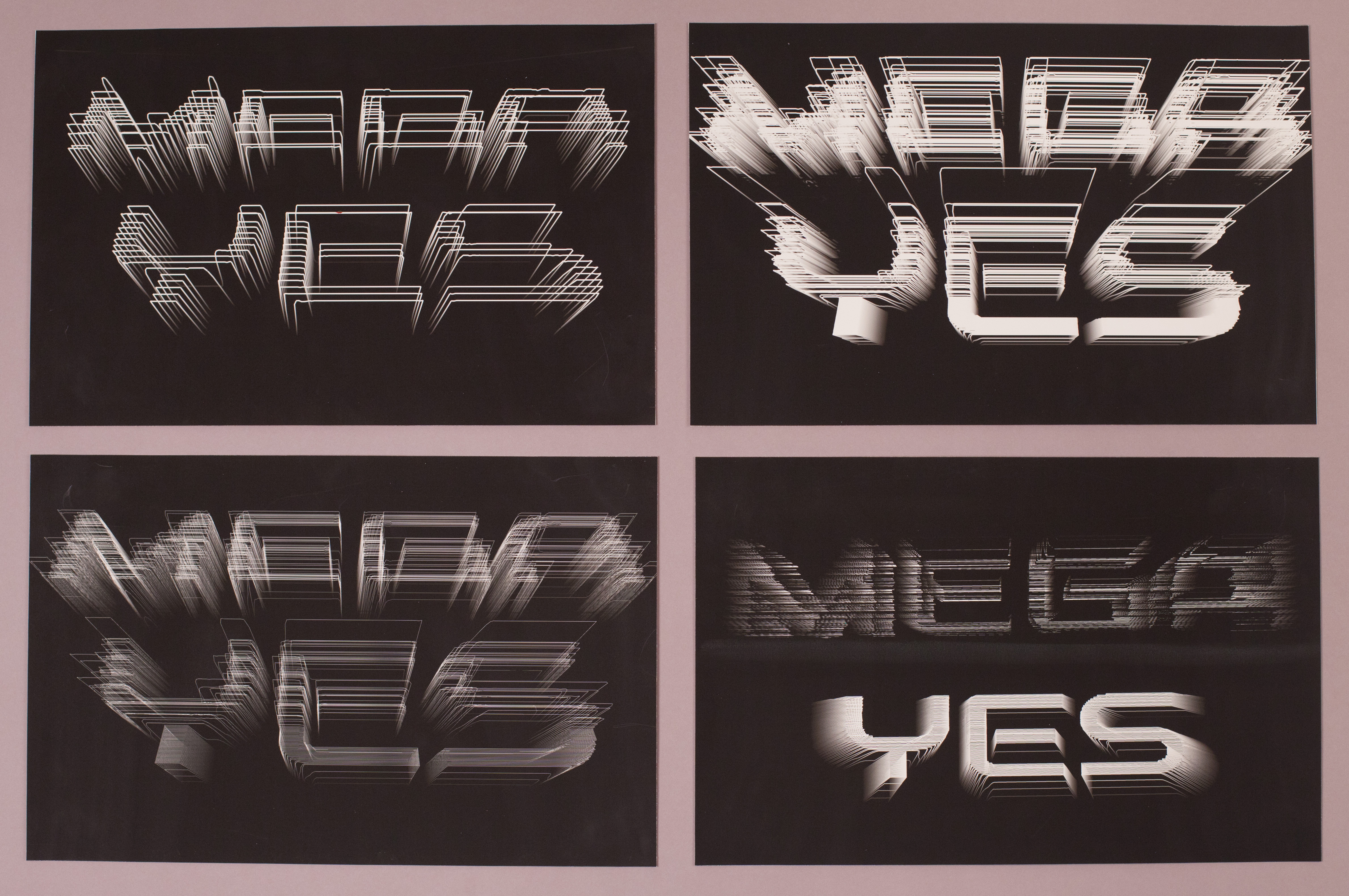 This logo was generated for my band, Mega Yes. Using a Rutt-Etra algorithm in openFrameWorks, I was able to open an audio track and use the volume of each frequency to offset the text. Because the text was three-dimensional, I could also rotate and orient it while the song played. I took snapshots of the logo while the track played to generate this dynamic logo. 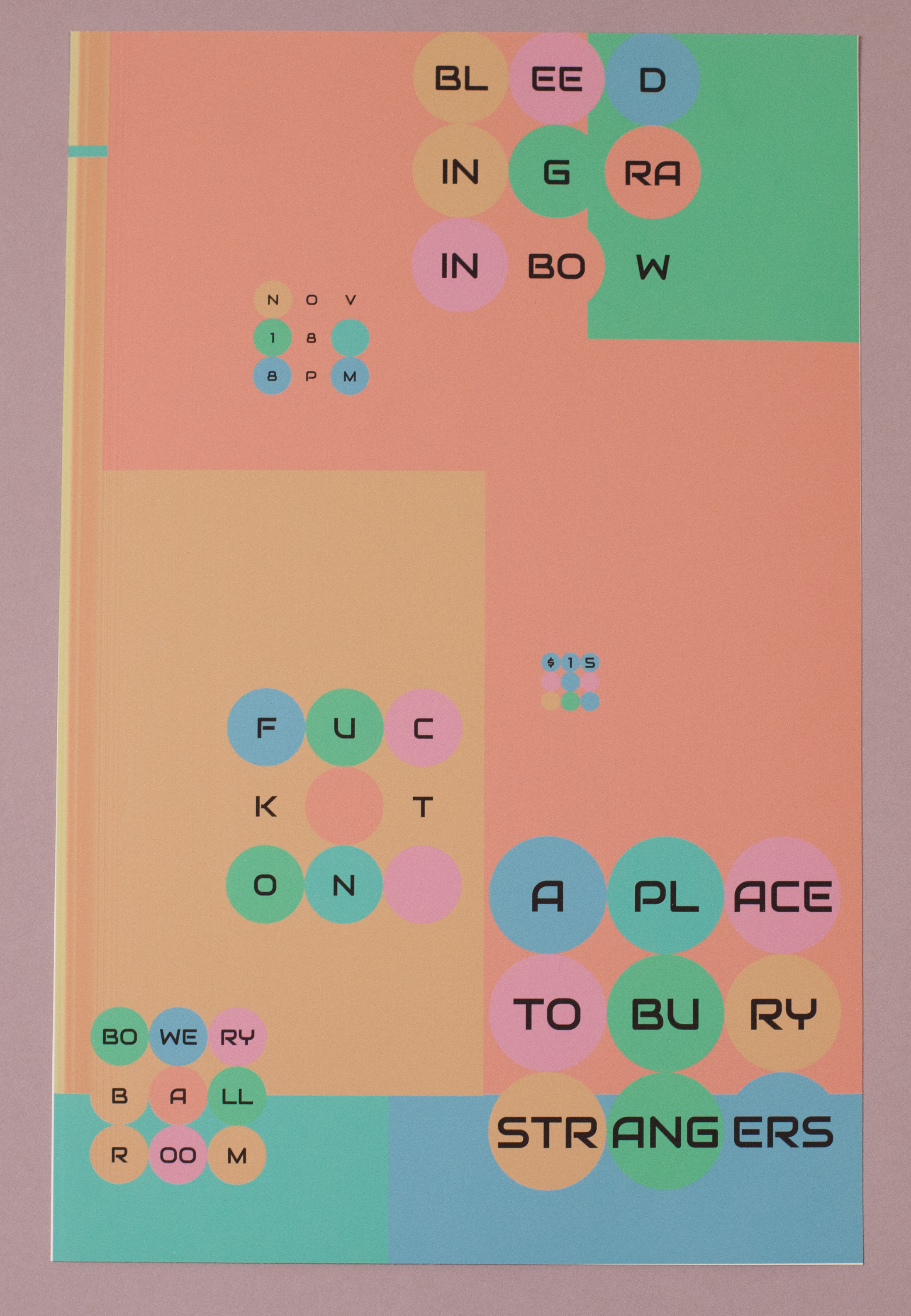 For this assignment, we were to replicate a famous Olivetti poster by Giovanni Pintori using code. I chose the poster below: 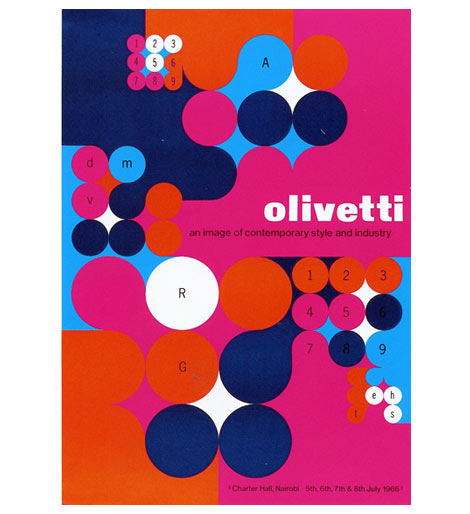 I decided to go with another show flyer, since we had a big show coming up at the Bowery Ballroom. Using random colors and grid placement, I was able to generate the above print. 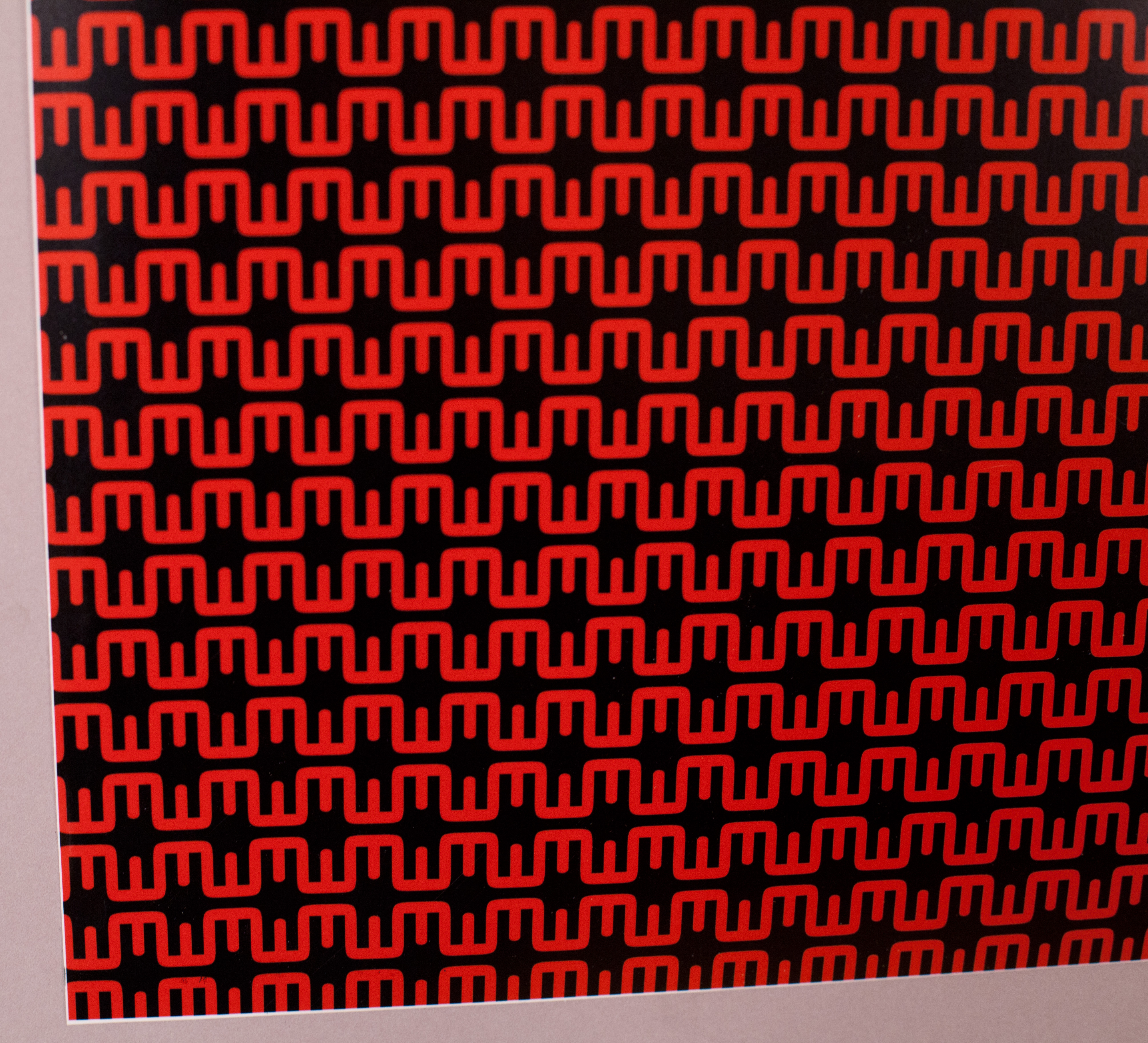 This pattern was generated as a design problem for the company Makerbot. We were to design something to be used for the company's Christmas wrapping paper.

Rune Madsen and the Printing Code class at ITP. Also, Taylor and the Advanced Media Studio at NYU.