As part of Levi's Station to Station tour, I was comissioned to transform four antique objects into web-enabled digital devices. With the team listed below, we created the following objects: 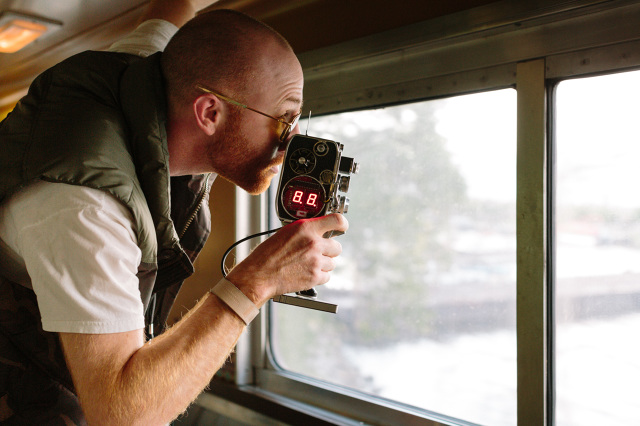 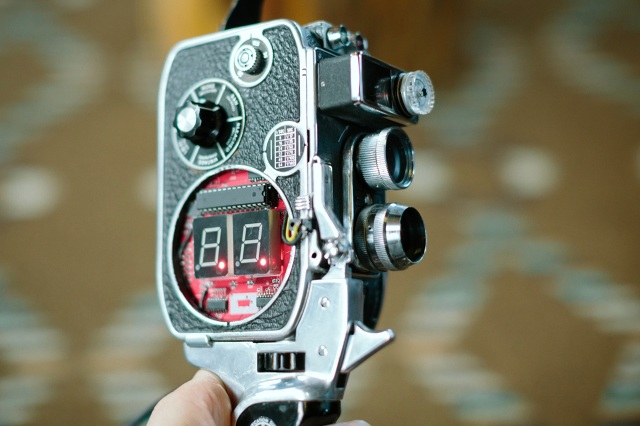 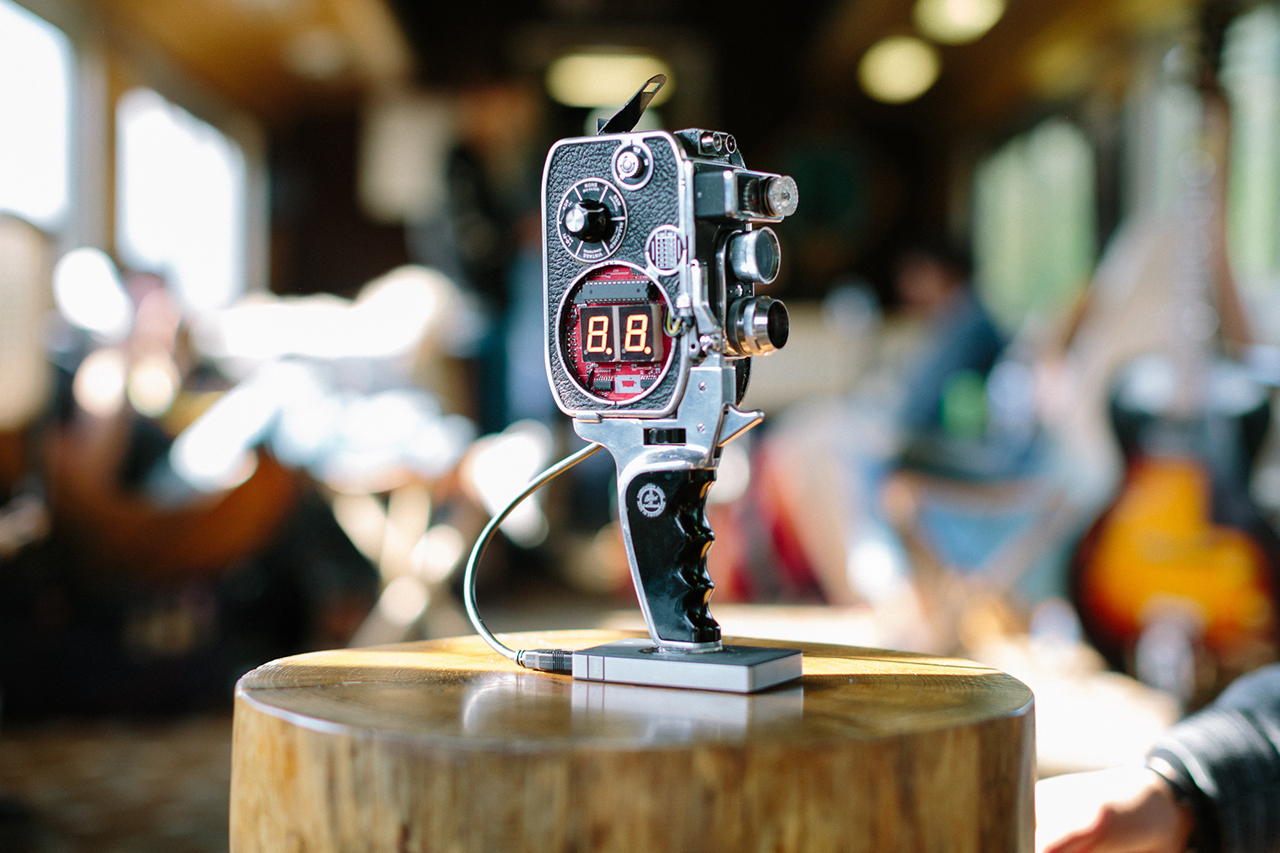 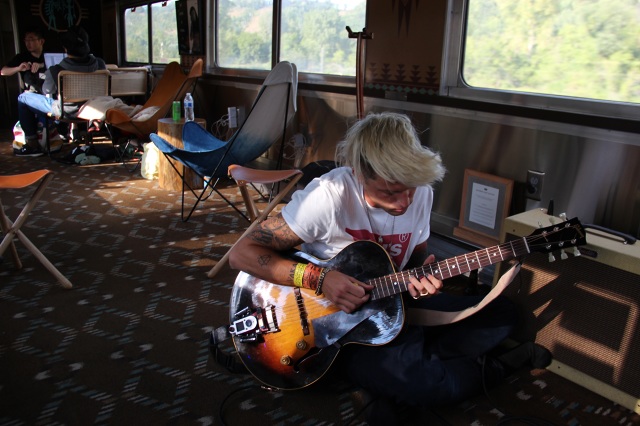 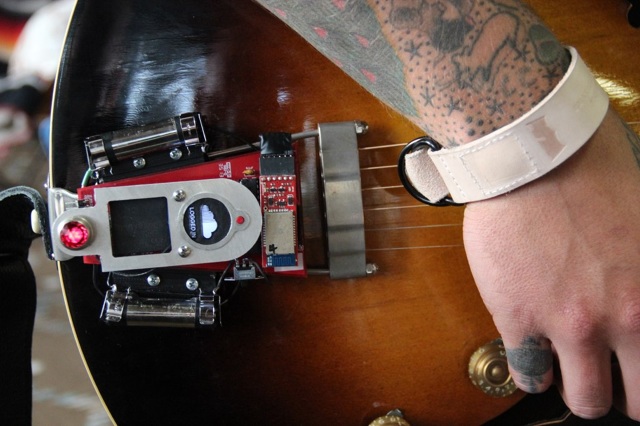 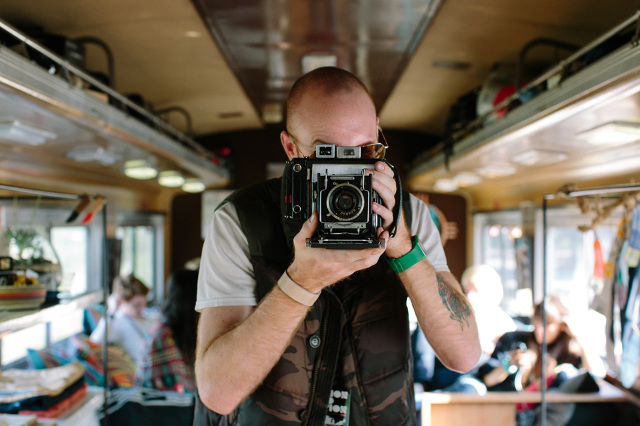 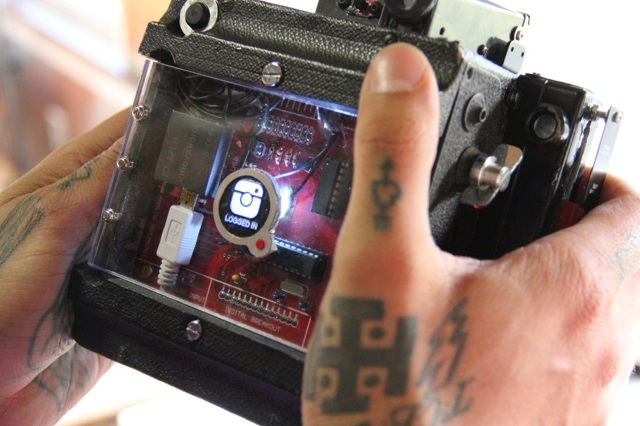 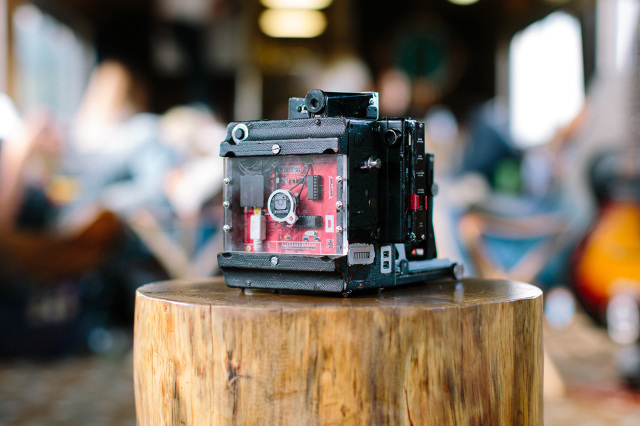 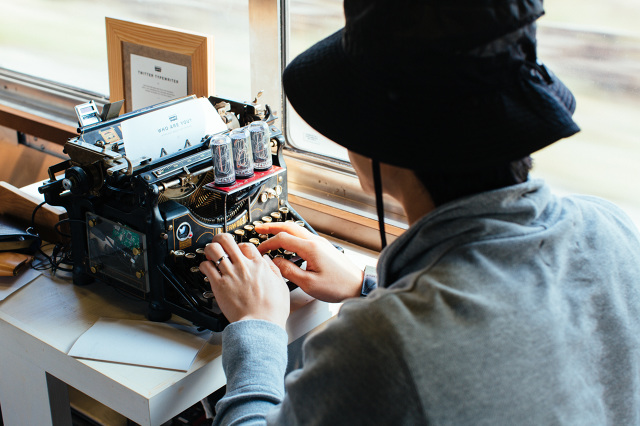 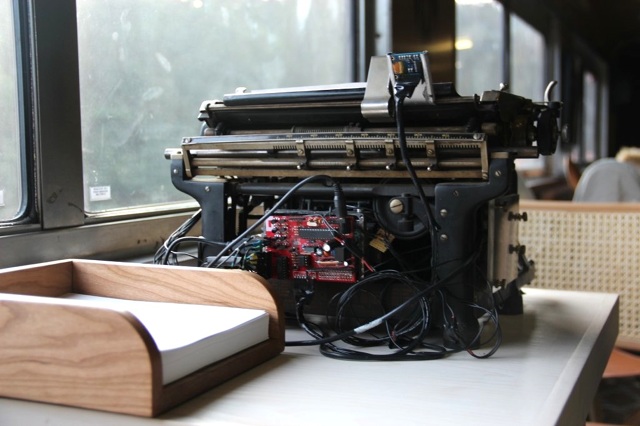 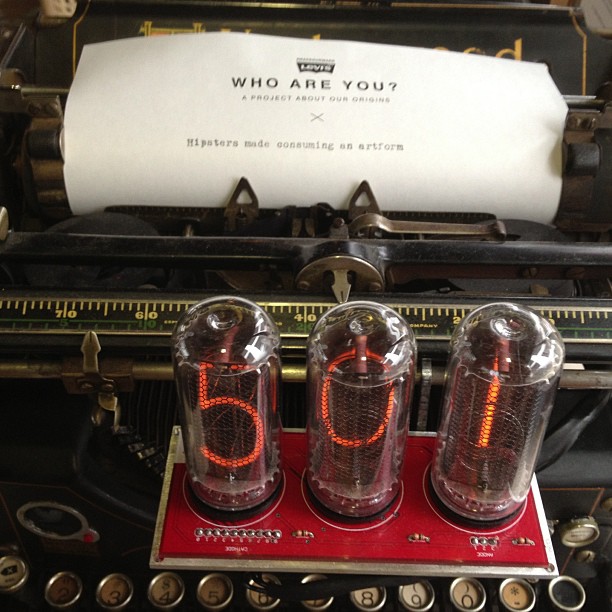 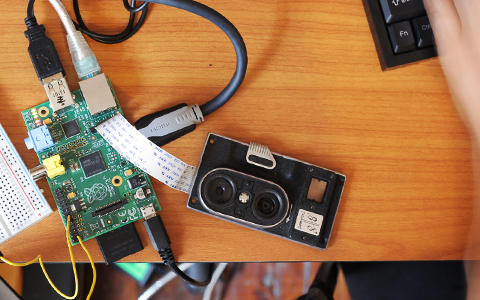 Since the devices used specific social media platforms, we used RFID bracelets to allow the artists and musicians on the train to log in to their own accounts. Each device is outfitted with an RFID reader, and a custom-made emblem that identifies whether or not the user is logged in or not.

The peripherals for each device were controlled through an AtMega328 chip, and we had custom PCB boards fabricated for each device with this chip on board. The custom boards also allowed us to run any additional peripherals like buttons and LED lights. These attached to the Raspberry Pi via the GPIO pins. 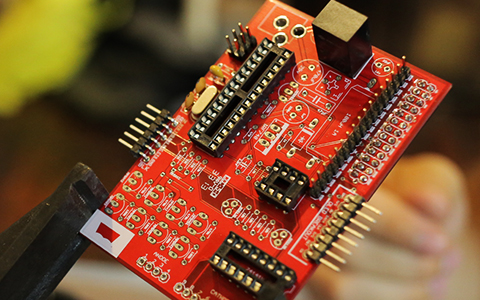 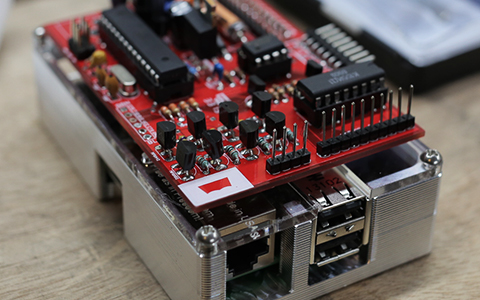 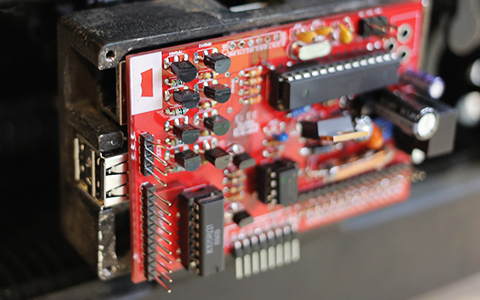 The typewriter used Nixie tubes to display a three-digit readout. This counts down the characters remaining on a twitter post. We used the circuitry from the ArduiNix shield to design the typewriter board. 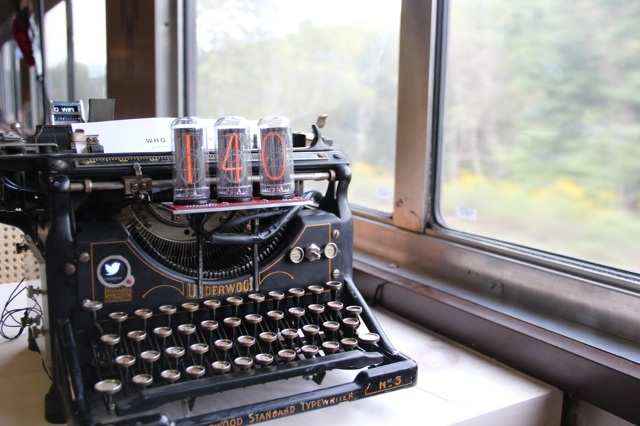 The guitar's RFID reader is tethered to a Mac Mini using Bluetooth. The Mac Mini is running a recording patch in Max/MSP and Ableton Live, using an Arduino as the recording input inside of a custom-made guitar pedal. 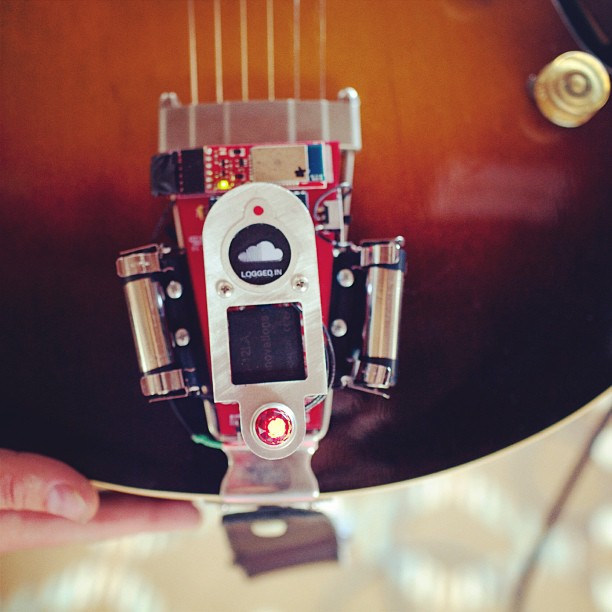 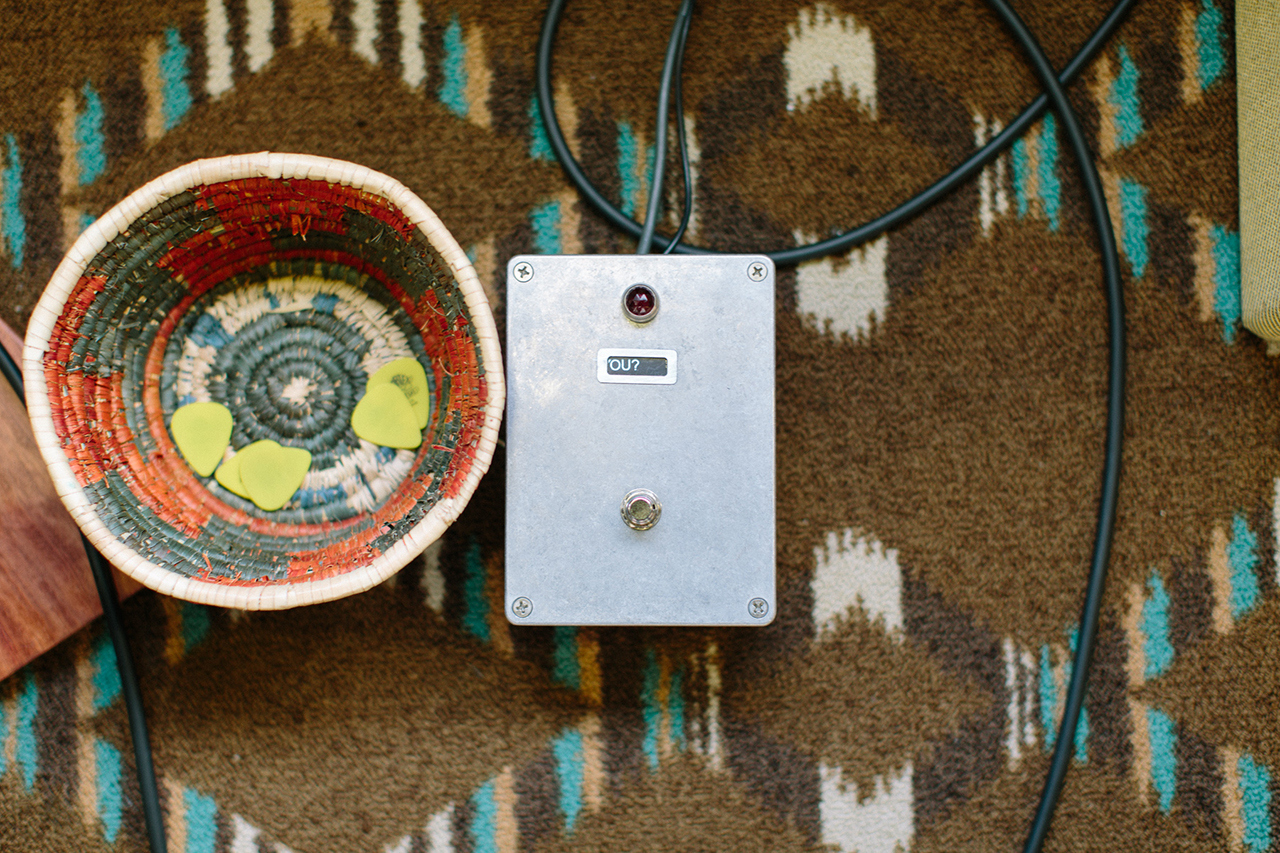 The video camera, posting to Instagram video, used two digital numeric displays to countdown from 15 seconds. The user was able to record snippets of video that totaled 15 seconds, or simply record a straight 15 second video. 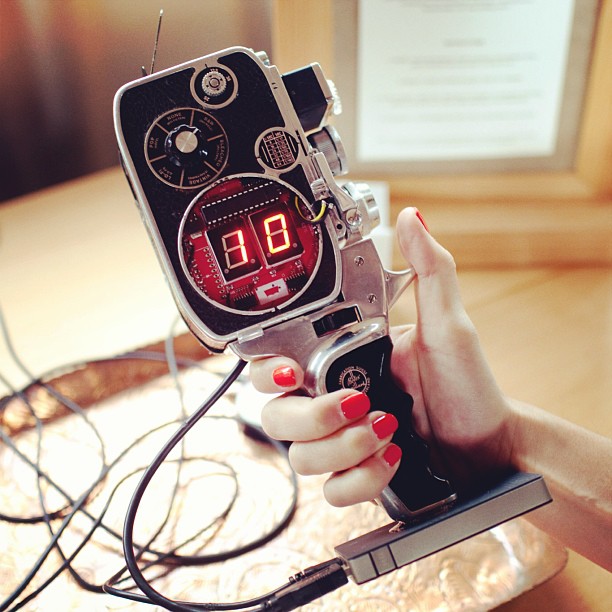 Each device displayed a question from the Levi's Make Our Mark campaign. We used an OLED Screen to scroll this question, prompting the user to answer it as they interacted with the device.

Both cameras are outfitted with filter selectors so the user can choose one of six styles before they shoot their photo. These are applied before the photos post to Instagram using a service called Blitline.