The Mosh Mural is a spatial visualizer for a performance space that responds to the movement of the audience. 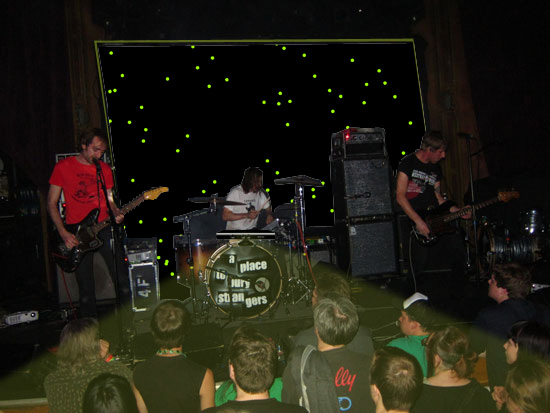 The idea for the Mosh Mural came from observing crowds at performance venues. While watching the musicians, audience members seldom danced or moved very much to the music. We set out to encourage crowd participation in the venue using responsive visuals. 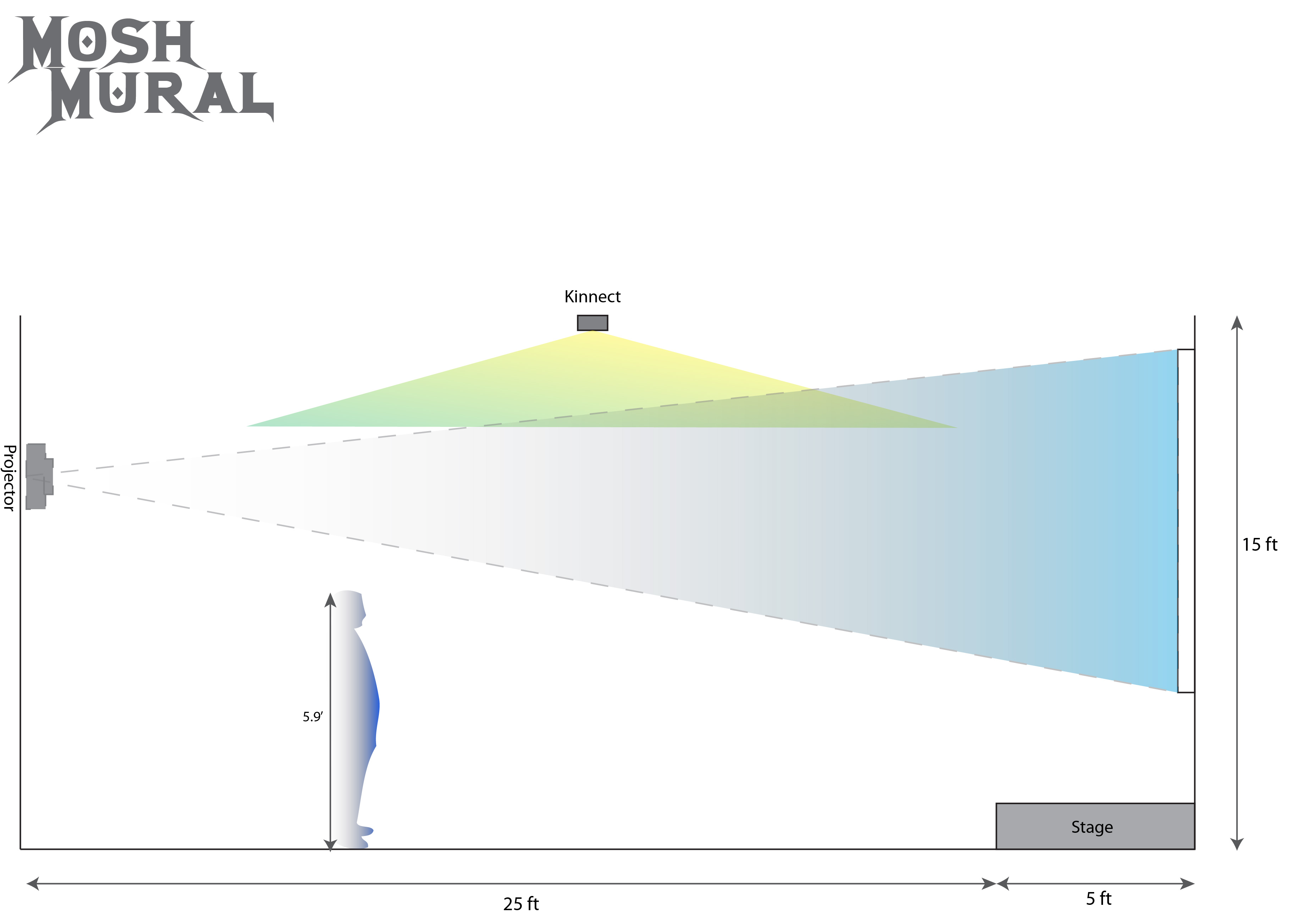 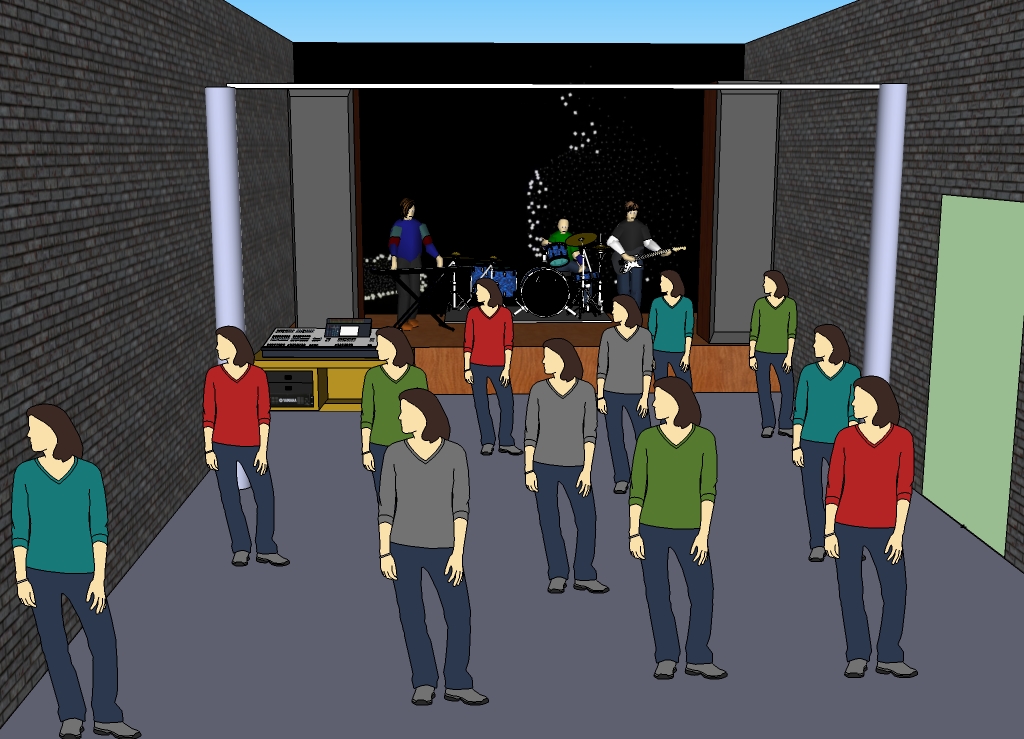 Inside each shape, we drew a few hundred swimming "boids." We used Craig Reynold's steering behaviors to make them flock together and stay inside the shape.

The Mosh Mural has been installed in various music venues, including Public Assembly, Cameo Gallery, Death By Audio, and Secret Project Robot. It was eventually modified to respond to music, as well as movement. The current version of the code has two separate visual modes. 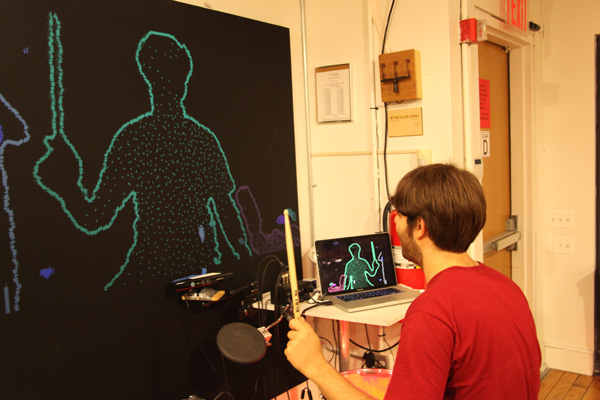 Dan Shiffman and the Nature of Code class at ITP, Jared Schiffman and Spatial Media, Rune Skjoldborg, Jeff Crouse and his translation of Dan's code into openFrameworks