This analog sequencer was designed with the idea of cooperative play in mind. It can be used as a standalone instrument, or linked together with other sequencers running on the same clock speed. 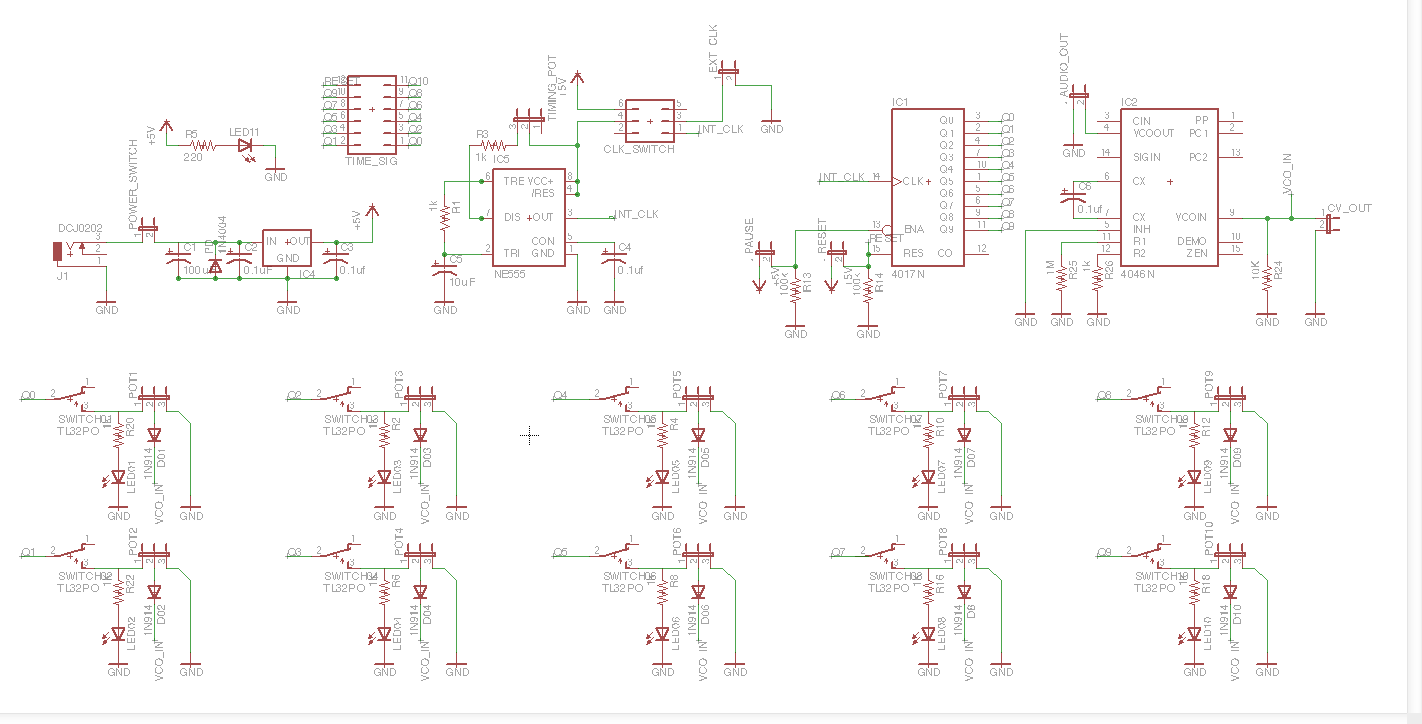 The schematic for this sequencer came from Handmade Electronic Music by Nick Collins. I had constructed a 4-step version of this sequencer controlled by optical gates in 2010. When Ezer and I started playing music together, I found that he had built a version of this same circuit. Combining some ideas about how we wanted these instruments to work together, we set out to make a sequencer that could be linked to other sequencers so that they all played in sync with each other.

We wanted the sequencer to vary between 2 and 10 steps, so we could change the time signature of each song. It was also important to vary the clock speed, as well as the pitch of each step. We decided to build "kill" switches for each step as well, to incorporate syncopated patterns. A manual "pause" and "reset" button help to change the monotony of the sound. 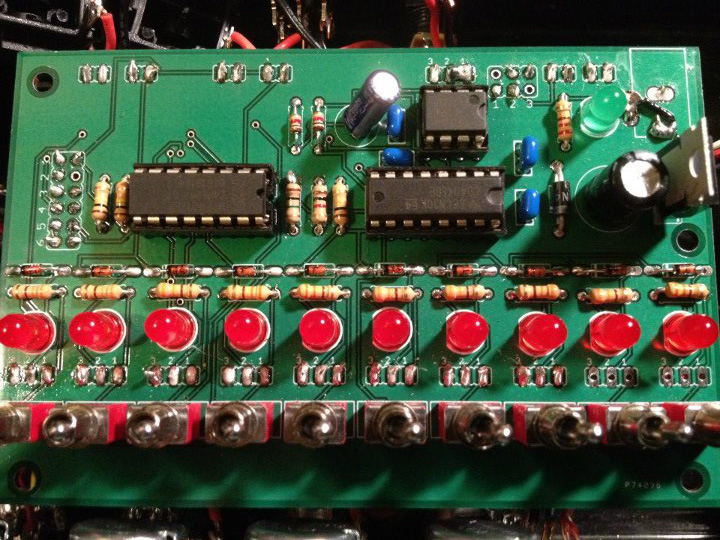 The current version of the sequencer is built inside of a drill bit box. We decided to mount some of the controls directly to the PCB, which means that it can be played directly from the circuit board. Future iterations of this design may be completely installed on the board itself, eliminating a need for an enclosure. 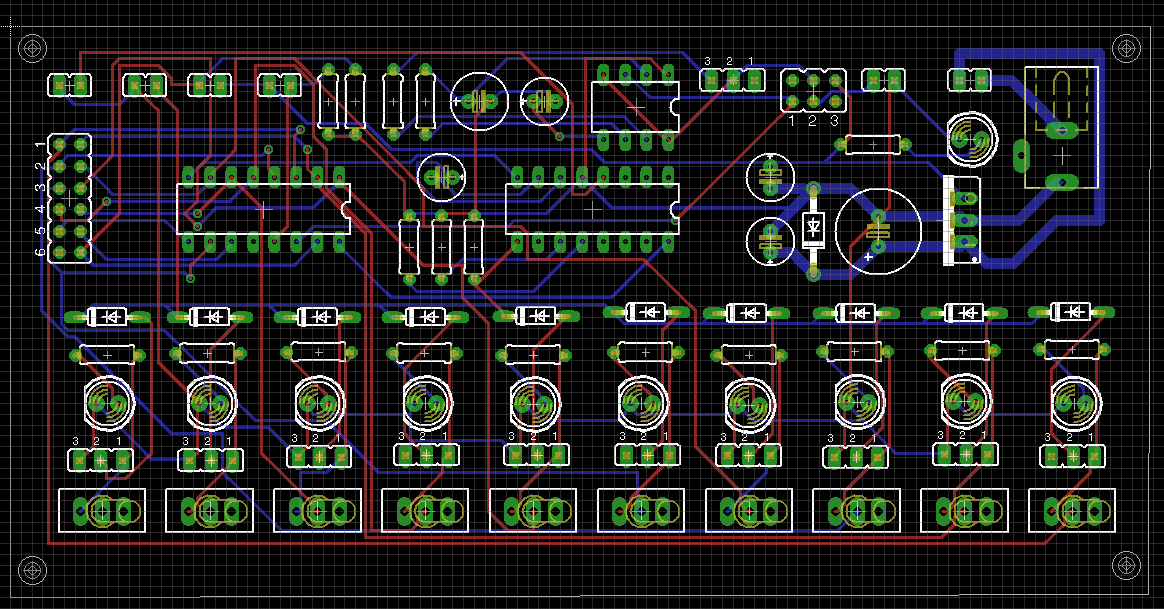 The circuit has two options for a clock timer: an internal 555 timer (controllable with a potentiometer) or an external clock input. Using the external clock, multiple sequencers can be played simultaneously while maintaining the same rythmn.

The clock pulse feeds into a CD4017 decade counter. Using a ten step rotary switch, the length of the sequence can vary between 1 and 10 steps. Each step is shown visually using an LED.

The output of the decade counter is wired to an output jack, where it can function as a Control Voltage for another analog instrument. It is also routed through a CD4046 Phase-Lock Loop, which will output an audible frequency. Each step has its own potentiometer that will adjust both the frequency and the control voltage. Each step also has an on/off switch.

In July, 2012, Ezer and I conducted a two-day workshop at NYU's ITP Camp. The first night was a soldering workshop, where the campers put together their own sequencer. The second day was a communal concert, where the completed sequencers were linked together and played by the campers. 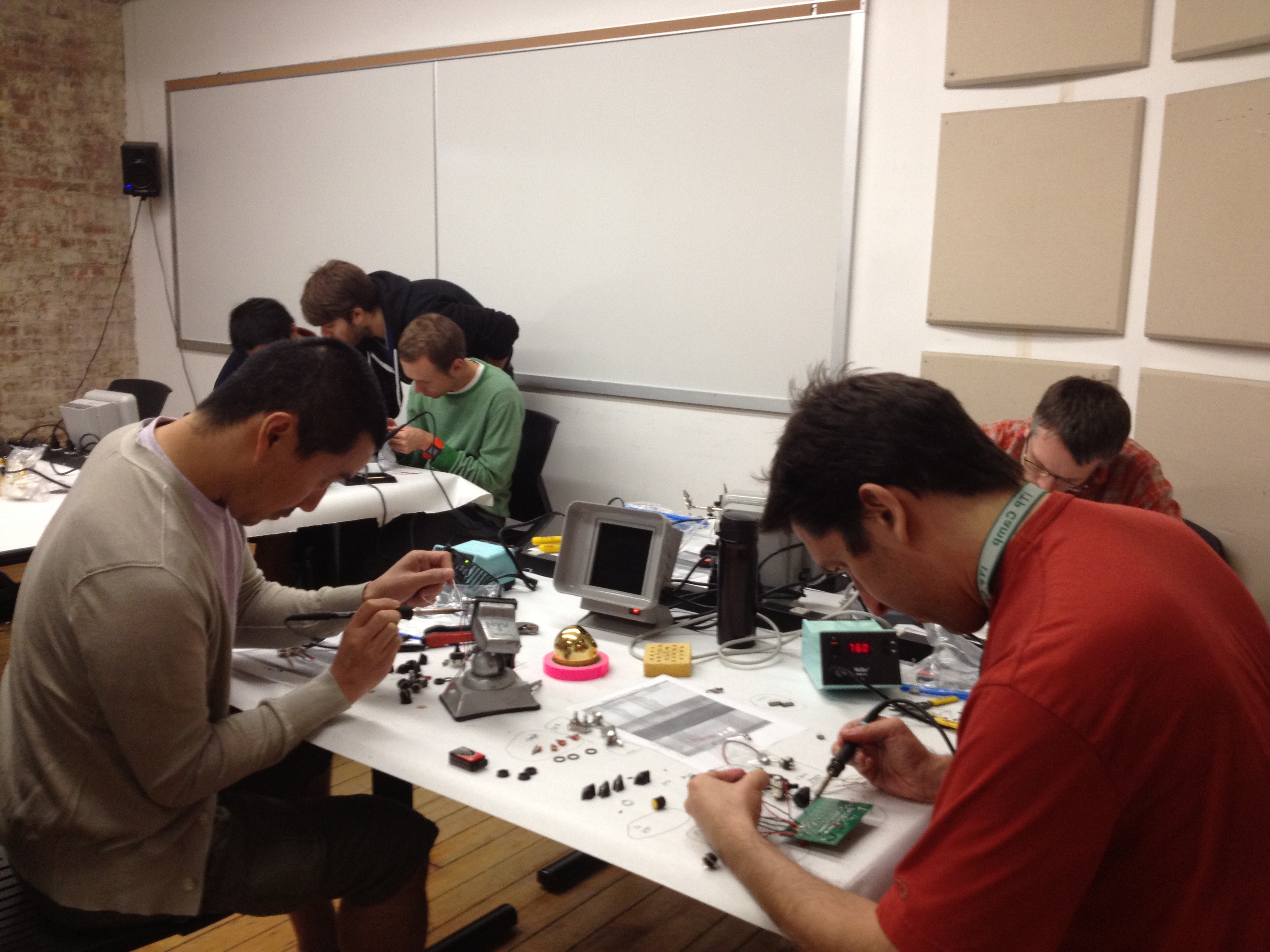 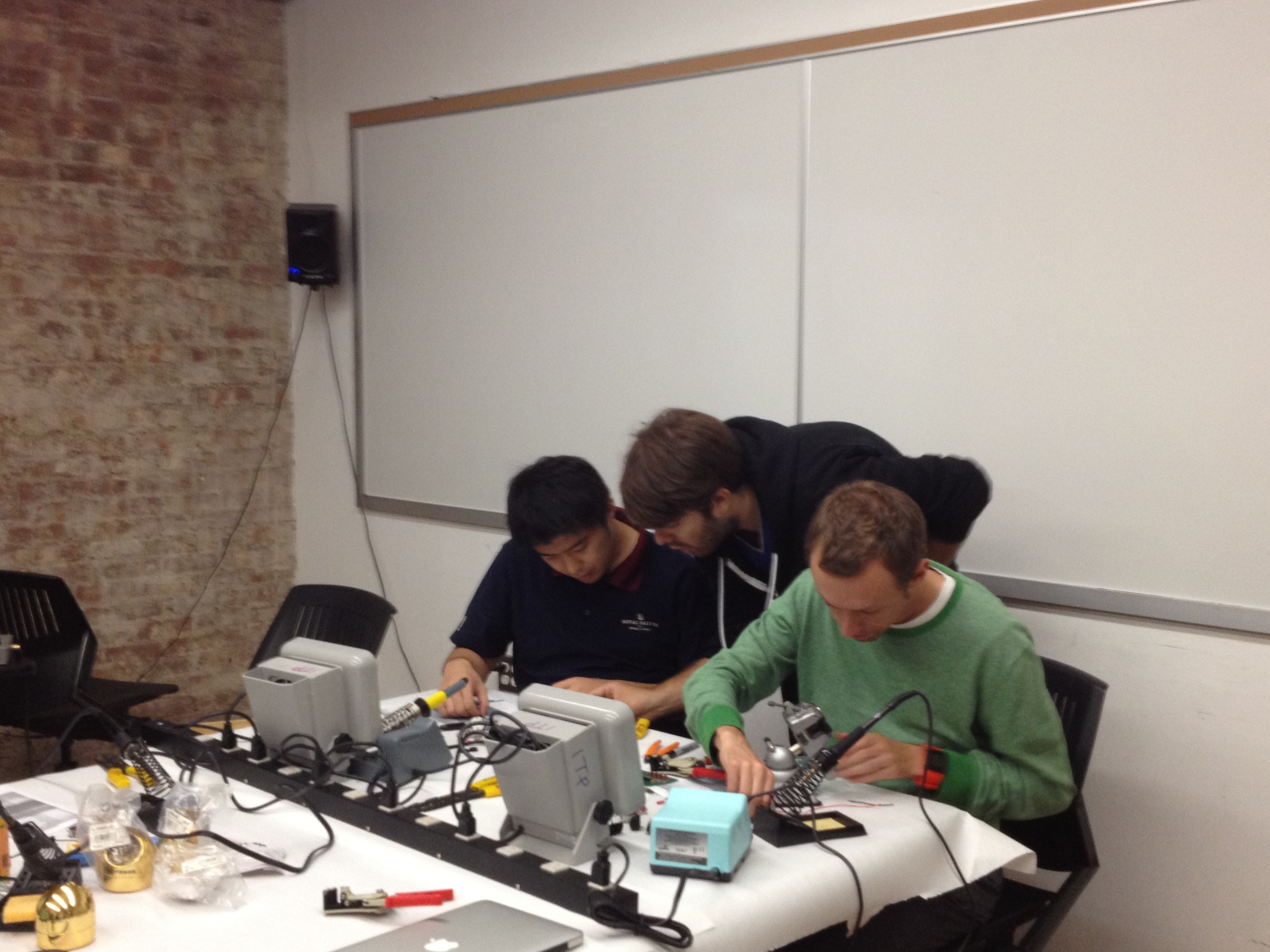 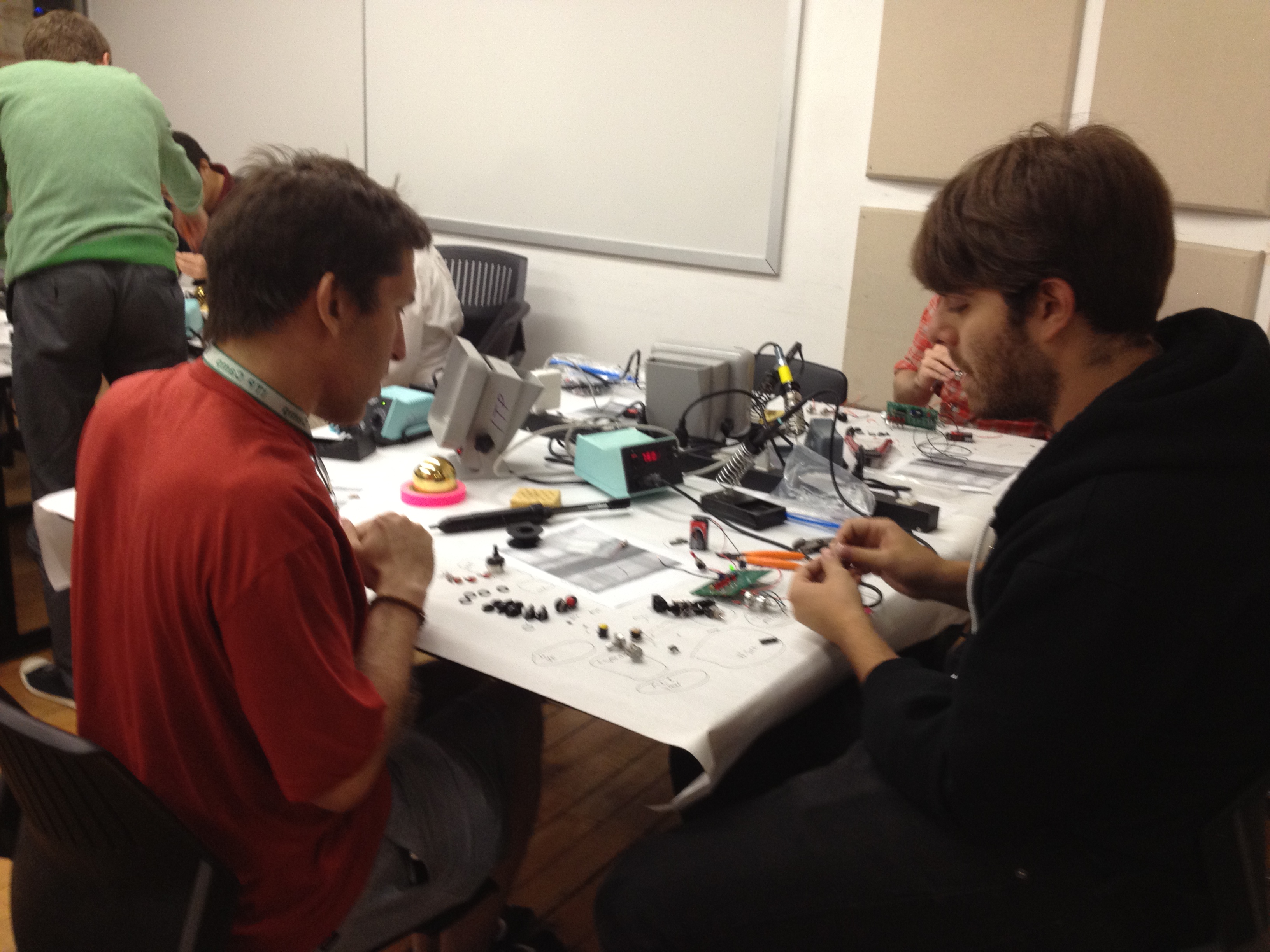 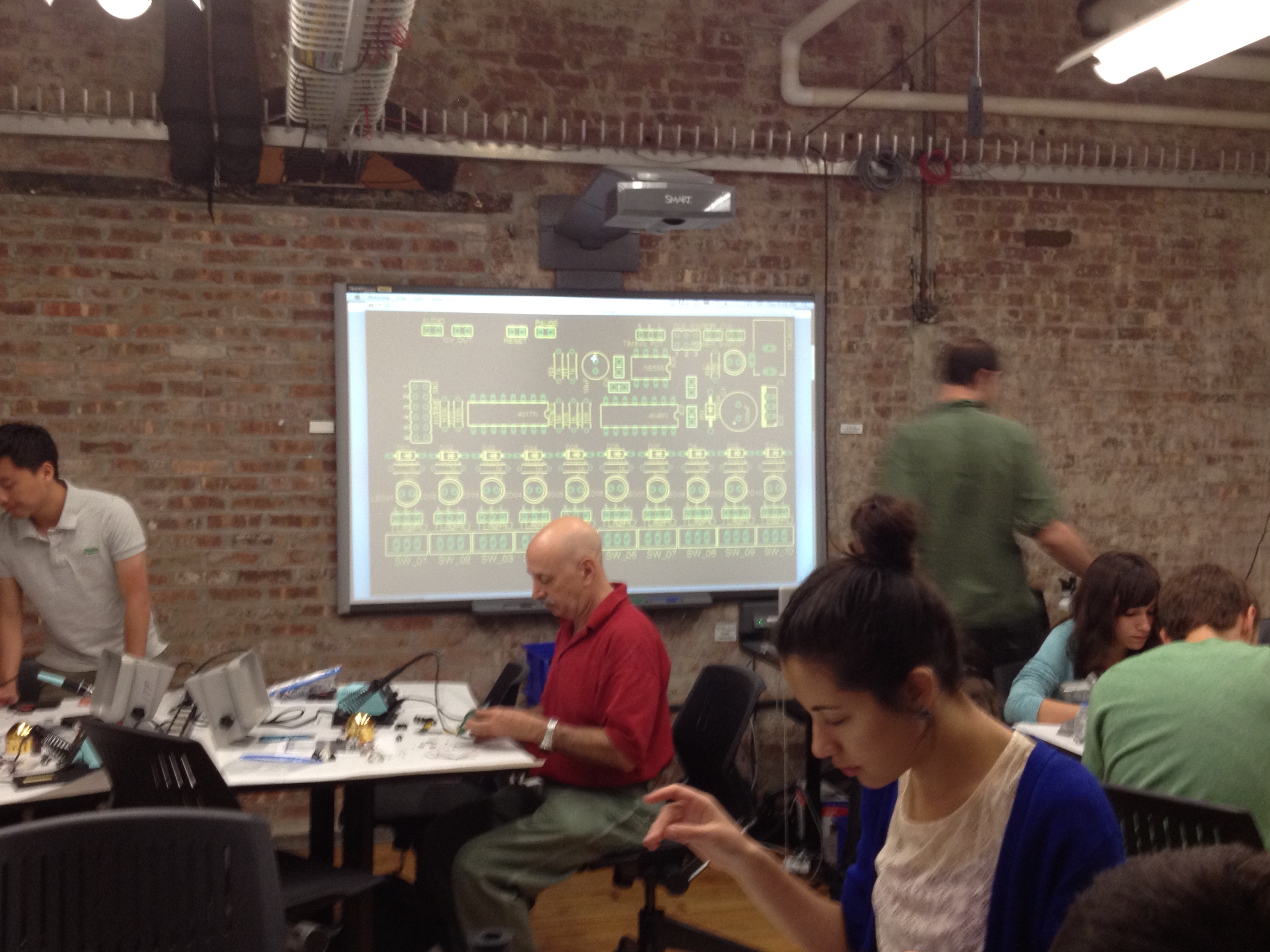 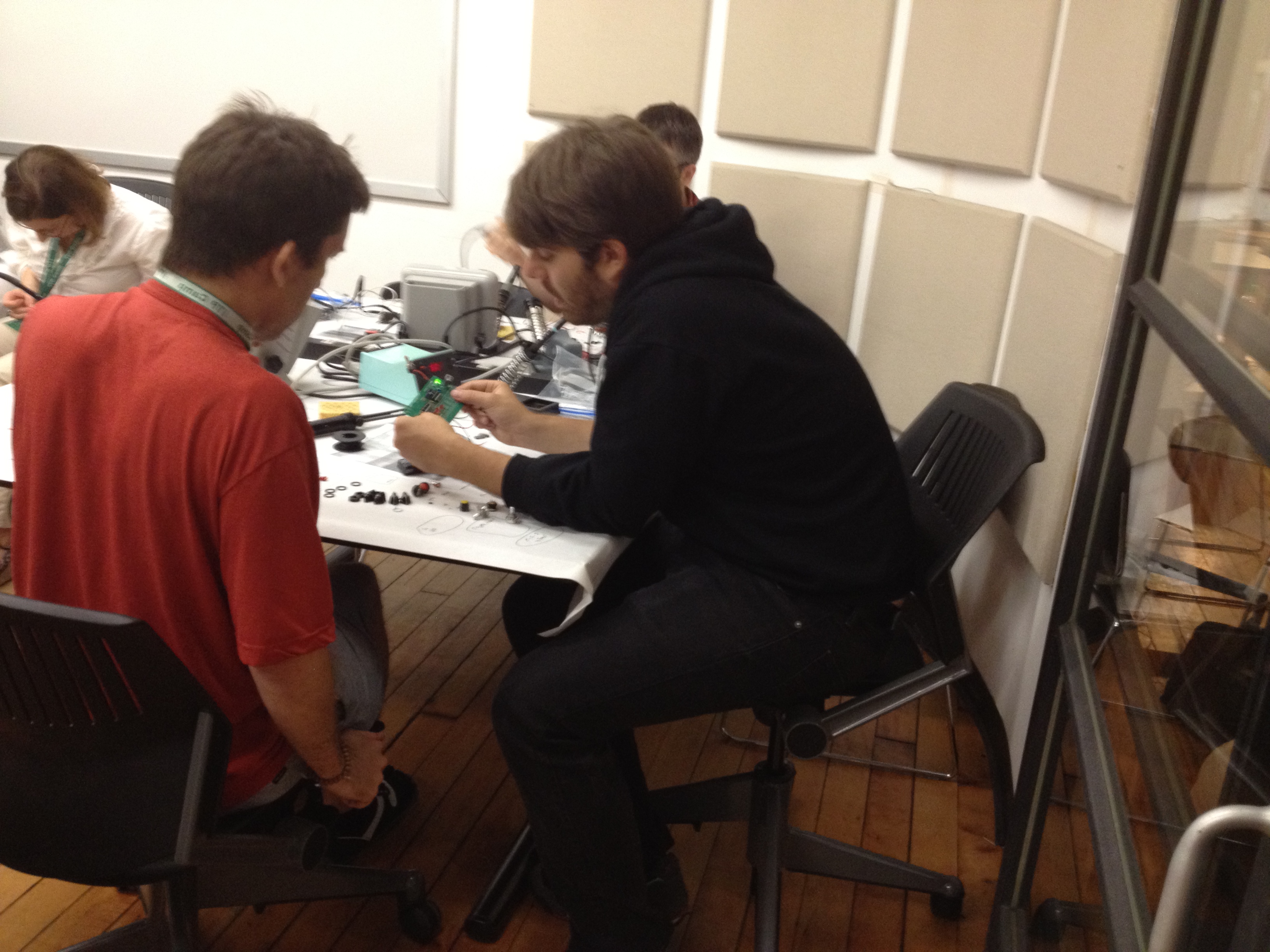 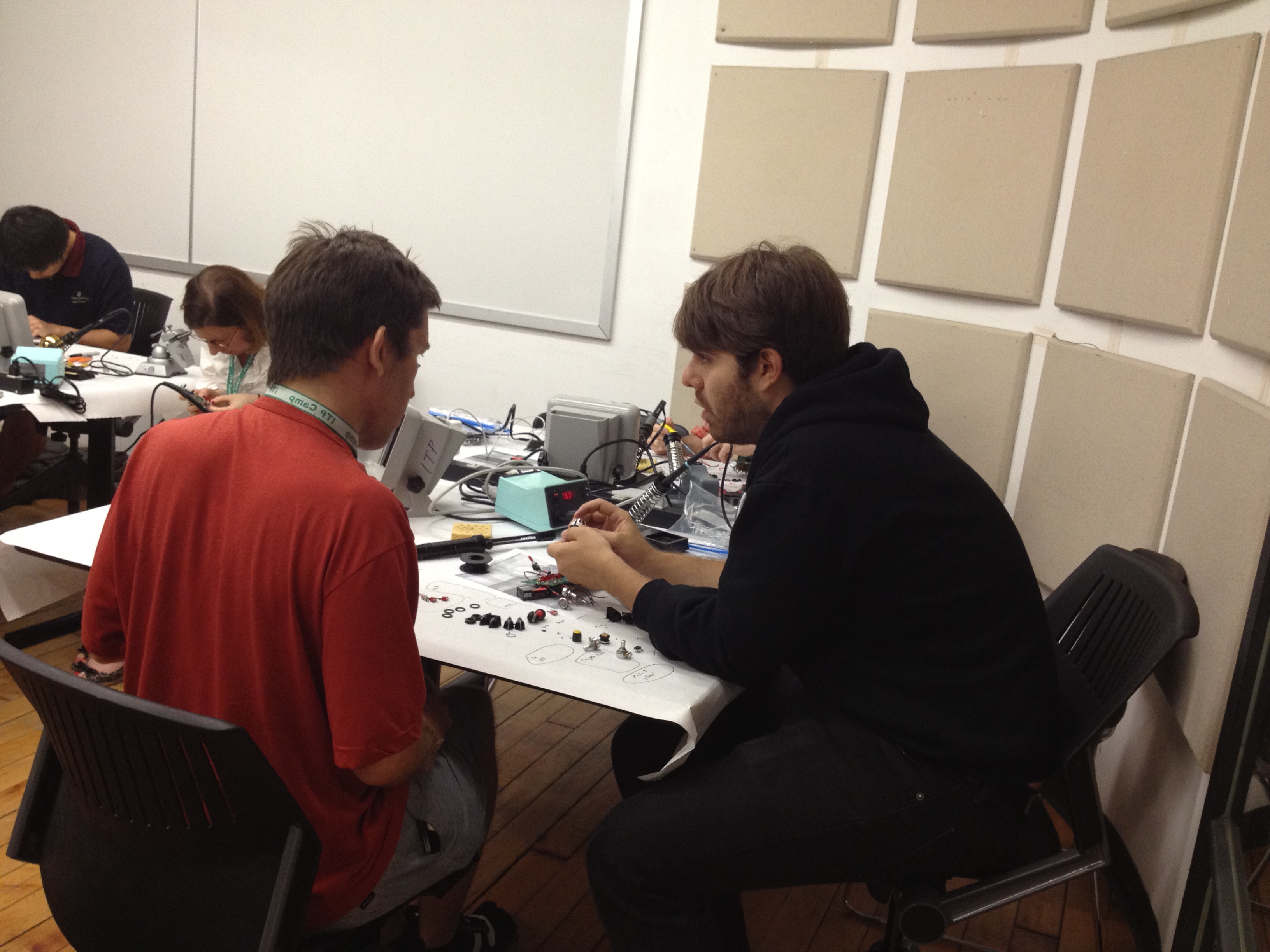 Rob Ryan, Kate Hartman, Antonius Wiriadjaja and all of the ITP campers that dealt with the long hours of soldering. Also, kudos to Jackson and Tak for putting out the fire.