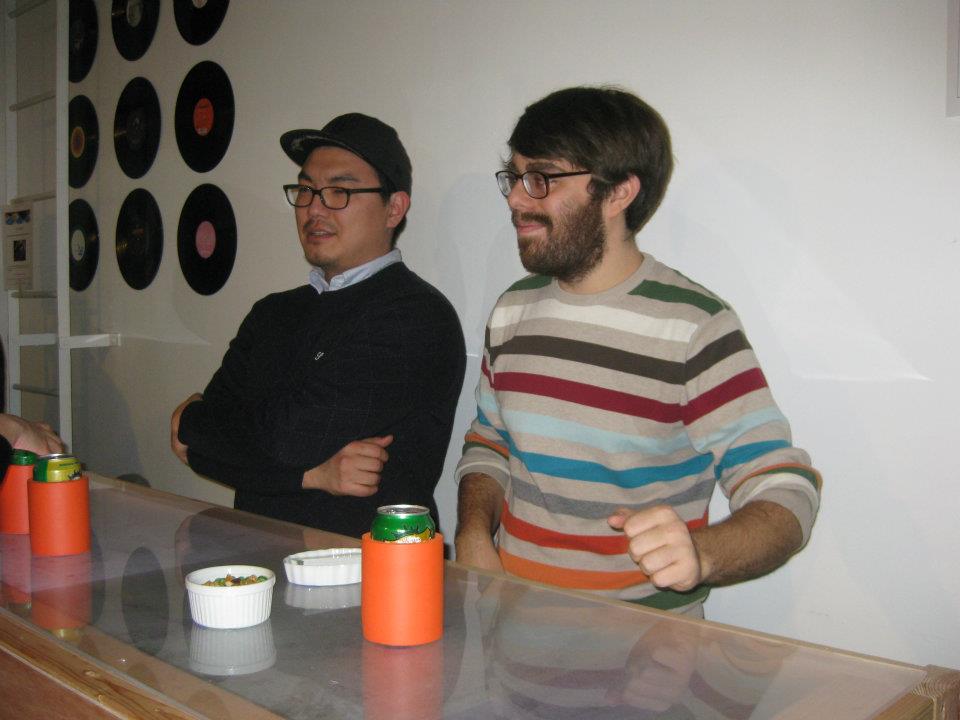 People go to bars to meet groups of friends, but will often sit at the bar alone waiting for people to arrive. We wanted to engage the people sitting at the bar with a game that could be played with their drinks. This could help to both pass the time, and also spark conversation with other people at the bar. 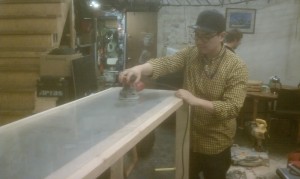 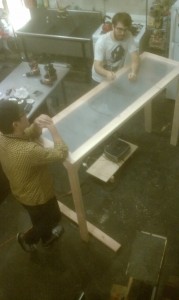 To project across the entire surface of the bar, we used two projectors and a mirror. We also placed a webcam under the surface to detect the drinks. On the bottom of the drinks, we attached TUIO ID tags, which provide the spatial position and orientation of each game piece. 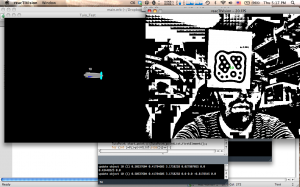 The game itself is a pong-style shooting game. The even-numbered tags are designated for the red team, while the odd tags are the blue team. Each team must defend its side of the goal by blocking its opponents' shots. The first team to reach 10 points wins. 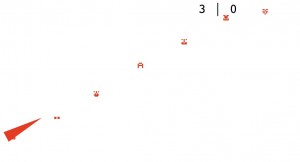